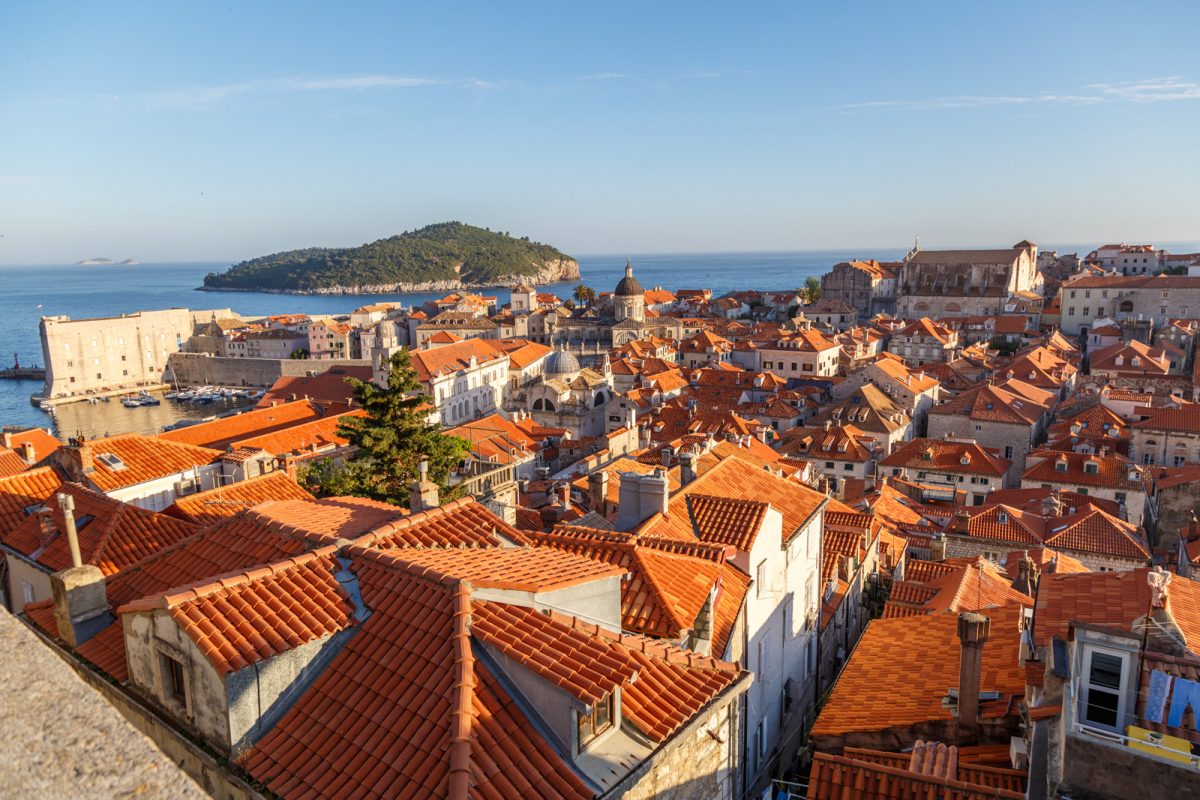 Dubrovnik is known as the Pearl of the Adriatic and for good reason. It’s impressive white wall fortification has stood the test of many centuries and offers a step back in time to a day when merchant ships roamed its ports and cannons protected its freedom. Highlights for me include a walk along this ancient wall to get an amazing perspective from above this beautiful city, a ferry ride to nearby Lokrum Island, and convenient day trips to Bosnia and Montenegro.

From Split, where I left off, Dubrovnik has regular bus transfers. The journey took about 3 hours (125 HRK) with a brief rest stop in Neum, a narrow strip of Bosnian coast. The interesting thing about this bus ride was the necessary border crossings into Bosnia & Herzegovina to get to the other side of Croatia. What I learned about these two borders (one for each side) is that depending on the officer’s mood, your passport may or may not be stamped. In my case, it was stamped departing Croatia, but not stamped returning into Croatia. Interestingly, there were no Bosnian border officers. The bus terminates at Dubrovnik’s main bus station and to get to the old town (Pile Gate), you take city bus 1A or 1B (12 HRK).

Dubrovnik was the highlight of my visit to Croatia. I spent a day walking around the old city, exploring the narrow alleyways, passing through its three gates. I quickly realized why Game of Thrones was set in this picturesque walled city.

There are various activities you can do around Dubrovnik such as taking the short ferry to Lokrum Island (100 HKR), exploring Fort Lovrijenac (20 HRK), walking along Dubrovnik’s famous wall (120 HKR), and hiking up to the top of Fort Imperial. There is a cable car to Fort Imperial (120 HKR r/t), but I decided to hike up instead both for the exercise and for the superior views. The hike from the trail head was 45 minutes up and 20 minutes down. It was probably the highlight of Dubrovnik as it was a way to escape the crowds and it offered picture perfect views of the walled city.

As you can see, Dubrovnik offers a host of activities, enough for several days, but if you want to get out of the area, there are several day trips as well. The two that I did were to Bosnia & Herzegovina and to Montenegro.